I just want to write. And read. And travel. Above all, I want to tell stories about places, people, emotions. And I’ve done it, when and where I could: on television, radio, magazines and newspapers such as Corriere della Sera, L’Espresso, Glamour, Vanity Fair, Grazia, Vogue, Traveller and Wallpaper… Then, there are my books: my last novel Due sirene in un bicchiere (Feltrinelli) is set in the island of Gozo and tells the story of the guests of a special B&B where everybody can find space and time for themselves, for their feelings and their secretes.

The book follows the success of the best seller Quattro tazze di tempesta ( Feltrinelli), the story of four women in their forties, facing balances and regrets, smiles and tears around several cup of teas.

I have also written the novel Sarò Regina. La vita di Kate Middleton come me l’ha raccontata lei , the love story of a middle-class girl who will be the Queen of England, having married Prince William. There’s also the best seller La matematica delle bionde (Giunti) about a milanese journalist, Camilla, and her meeting with…Marilyn Monroe, the blonde of all blondes: a lesson of femininity and self confidence for every woman. It has been translated into English under the title The Blonde Formula.

Then there are my travel books and guides like Il manuale della viaggiatrice, Il piccolo libro verde dei viaggi, Travel Therapy, the first guide to help discovering the world following ones’ soul and heart itineraries.

Finally (but it’s never the final!) my pictures, that have been exhibited in Italy and in the Usa. And now? Now I want to make some space for me and for those like me who love going around the world, keeping my eyes peeled for anything smart and new (but even old, if it is good…). And I do it with this blog-zine that records my passions, my senses, my thoughts and hopefully yours. In a room where we can stay together, travelling around with our minds, visions and hearts. Enjoy the read and…the journey!

This website uses cookies to improve your experience while you navigate through the website. Out of these, the cookies that are categorized as necessary are stored on your browser as they are essential for the working of basic functionalities of the website. We also use third-party cookies that help us analyze and understand how you use this website. These cookies will be stored in your browser only with your consent. You also have the option to opt-out of these cookies. But opting out of some of these cookies may affect your browsing experience.
SAVE & ACCEPT
Adesso in libreria! 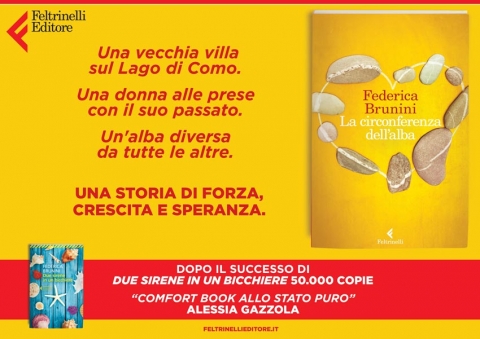